“Tomorrow, I’m going to celebrate the holidays like an American Colonist.” 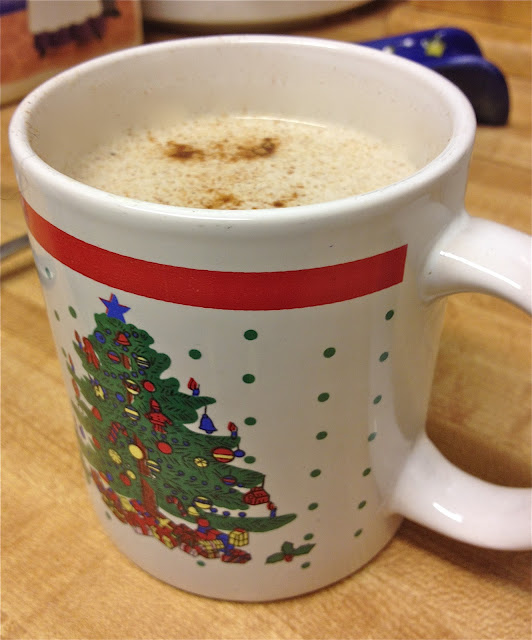 The tradition of drinking sweet hot alcoholic beverages in winter is very old.  Colonists in what would become the US started drinking them with the alcohol popular in the new world: rum.

Most traditional recipes for Hot Buttered Rum involve hot water, rum, and spices, with a pat of butter floated on top.

Imagine its the dead of a winter, in pre-revolutionary times, before the electric light.  Its cold and dark, and you’re probably sick with any number of awful diseases.  Watered down rum is probably the closest thing you’re going to get to cough syrup, so I get that.  Spices?  Delicious and festive.  But I don’t really understand why someone decided to add a pat of butter to all of that.  Apparently it was a common practice, as people also added it to beer. 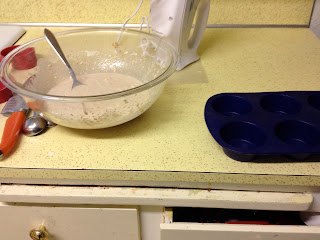 At some point in the 20th century, someone decided to add ice cream.  And why not? Ice cream makes everything great.  For my recipe, I used less sugar than many recipes and froze the batter in a silicon muffin tin for pre-portioned servings.  If you don’t drink alcohol, try just adding boiling water (I drank watered down batter every year as a kid and kind of prefer it now). Alternately, I’m told that it is a delicious addition to coffee.
Hot Buttered Rum Batter
1/2 cup (1 stick) butter, room temperature
1 cup softened vanilla ice cream
1/2 cup brown sugar
3/4 tsp cinnamon
1/4 tsp nutmeg

Combine ingredients in medium bowl with a hand mixer. The butter will harden up upon contact with the cold ice cream, and that's alright. As long as the lumps are small and emulsified in the mixture, everything will be fine.

Recipe Source: Loosely based on this recipe, from Allrecipes.